‘Man of the Year’ Finalist!

‘Man of the Year’ Finalist at the Women’s Business Awards!

Hi everyone, Chris here, just wanted to let you know about some fantastic news I received recently! I have been nominated and have now become a ‘Man of the Year’ finalist at the Women’s Business Awards! 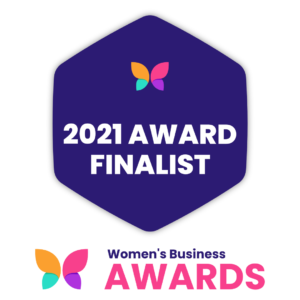 As you know, my business, The DM Lab, is to help support those around me. I meet many amazing people along the way and share in many a successful journey. It’s a great feeling, knowing I have been involved one way or another. I never expect reward or praise – I do what I do because I love it. Of course, it is nice to receive either (or both!) on occasion and I feel very humbled as a result.

I recently received a notification from the Women’s Business Club telling me that I had been nominated for an award.

I did think that there was possibly a mistake but it turns out that I have been nominated for ‘Man of the Year’!

The category is an opportunity to honour the men in your lives who you have supported in their journey.

I’ve been racking my brains as to who would have nominated me as I have so many amazing friends and connections but what I should have done was look closer to home! It was my lovely wife who had nominated me! She did try to keep it a secret but after I was announced as a finalist she couldn’t help but let it slip!

I’ve no idea what she said but she certainly does see first-hand the hours I dedicate to others. I’m pleased she embraced this instead of allow it to bother her especially outside of work when I probably shouldn’t be working and spending time with her and my daughters! You all know me, I can’t help myself!

Thank you Stacey Tipping for this nomination – really appreciate it.  She knows that almost everything I do is for others and not for personal gain. So, to give me something back with this nomination is such a lovely gesture. I hope I do you proud (and justify whatever you said in the entry!). Whether or not I win the category, I am very, very pleased to be considered a ‘Man of the Year’!