Chris Tipping has been named as a finalist for the Most Influential Business Person of the Year category at this year’s Multicultural Business & Community Champion (MBCC) Awards. 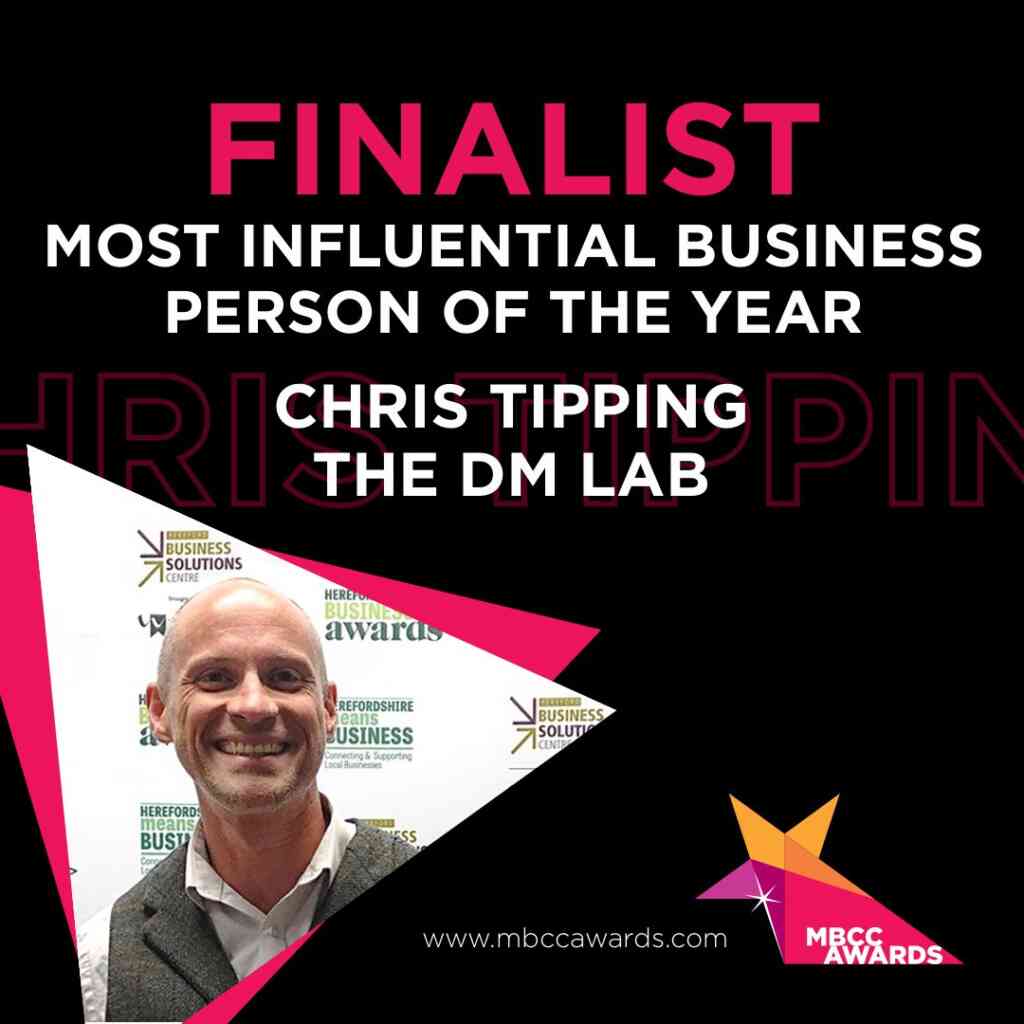 Recognised for outstanding service to both the corporate sector and their community, Chris Tipping has been shortlisted following a fierce public vote.

Having received record breaking numbers of over 400 nominations and 20,000 public votes, 2021’s MBCC Awards have made a triumphant return to the awards season. From the finalists chosen, 14 champions will be crowned at the star-studded event in November, celebrating the unsung heroes who have gone above and beyond in corporate business and their local communities.

Amongst these is Chris Tipping, who was nominated for his relentless passion and genuine interest in supporting those around him in both business circles and within the community. His infectious enthusiasm and permanently positive demeanour inspire those around him to help make the unachievable achievable as an unstoppable collective.

“I am so thrilled to be nominated for Most Influential Business Person of the Year at the MBCC Awards. Just knowing I’ve impacted the life of somebody, somewhere and as a result they nominated me for the MBCC Awards. I was blown away to receive the news that after a public vote, I had made it to the finals. This alone means so much. Knowing that so many had taken the time to vote for me is really humbling. Above all, I hope that I can reward this kindness and recognition with success at the awards in November however I am incredibly honoured to have been nominated and then to receive enough votes to be shortlisted officially.

Furthermore I would like to thank all those who voted – it really does mean a lot, In addition to this, it is fantastic knowing that what I do (and have done) has had such a profound impact to be representing Herefordshire at the MBCC Awards in a few months time!”

The MBCC Awards were founded in 2016 by Zoe Bennett, who set up the awards in order to celebrate and recognise individuals who have done exceptional things within the business world and their communities.

Now boasting multi award-winning entrepreneur, Tru Powell, at the helm, the MBCC Awards continues to be a celebration unlike any other. Tru is thrilled that Chris Tipping joins the finalist list, commenting:

“I am delighted that the shortlist for this year’s MBCC Awards have been announced and I’ve been truly humbled by the stories of the incredible nominees that were put forward. Everyone at the awards has been blown away by the number of votes that we received, showing just how important these heroes are to their colleagues and communities alike.

“It was certainly one of our toughest selections to date; however, this year’s finalists are some of the strongest yet. Our judges will have to make some difficult decisions when it comes to choosing our champions, but I look forward to seeing who is crowned at our ceremony in November.”

The awards will be judged by an expert panel including the likes of presenter Adil Ray OBE, comedian David “Sideman” Whitley and singer/songwriter Jamelia on the panel, they will also be joined by The Football Association’s Head of Diversity Dal Darroch, Greater Birmingham’s Chamber of Commerce Chief Executive Officer, Henrietta Brealey, and ITV Presenter Sameena Ali-Khan to name a few.  Also accompanying the panel are award winning entrepreneurs Jodie Cook, Justice Williams MBE and Cordell Jeffers.

Taking place on 6 November at the Eastside Rooms in Birmingham, and will be supported by headline sponsor Aston University, who the MBCC Awards welcomes back for a second year running. To learn more about the awards and some of the categories included in this year’s ceremony, head over to: https://mbccawards.com/

The Multicultural Business & Community Champion (MBCC) Awards was set up in 2016 as a non-profit organisation with the purpose of recognising people nationally.

The MBCC Awards were founded by Zoe Bennet, who was keen to recognise and honour Gavin Williamson MP for all he did to assist in keeping her safe when she was facing a time of immense adversity. After Zoe’s father was tragically murdered in Jamaica, Zoe fought for his justice, but was bombarded with death threats and insults. It was at this point that Gavin Williamson MP stepped in to support Zoe in her time of need.

Zoe wanted to thank Gavin personally for his support through this difficult time and therefore founded the MBCC Awards. The key principle of the awards is to recognise individuals in both the business and community world who are unsung heroes. By showcasing these selfless individuals who are considerate to others, and willing to go the extra mile, will hopefully encourage others to do the same.

After the awards’ introduction in 2016, the ceremony has been going from strength-to-strength each year. It is a cherished event in the calendar that celebrates the amazing acts of individuals across the country that many may not be aware of. The awards are now headed up by Tru Powell from The Alternative Events Company.

The categories and nominees for the MBCC awards are:

Charity of the Year

Community Unsung Hero of the Year

Community Unsung She-ro of the Year

Entrepreneur of the Year

Frontline Worker of the Year

Lockdown Hero of the Year

Mentor of the Year

Most Influential Business Person of the Year

Most Inspirational Person of the Year

Networker of the Year

Outstanding Business of the Year

Role Model of the Year

Social Activist of the Year

The 2021 awards will see the addition of three new categories which are the first of their kind at an event such as MBCC’s. These new categories include: Frontline Worker of the Year; Lockdown Hero; and Social Activist of the Year.

To find out more information about the awards, visit: https://mbccawards.com/.