July has been the month that just keeps giving!

What a brilliant start to the second half of the year!

We were nominated in 2 categories at the Midlands Business and Community Charity Awards. 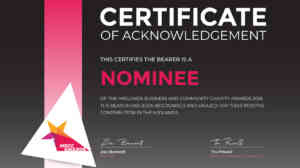 Chris was up for ‘Most Influential Business Person of the Year’ and The DM Lab was up for ‘Outstanding Business of the Year’. These nominations were based on our work supporting the local community.

The DM Lab are also regional finalists at the Rural Business Awards in the ‘Best Rural Digital, Communications or Media Business’ category. 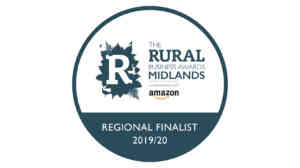 We are also named as finalists at the SME National Business Awards! 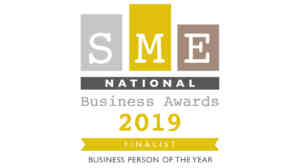 Chris is up for ‘Business Person of the Year’ and is a very worthy nominee. He has taken the business even further this year than ever before. He has firmly established himself and The DM Lab both within the local business community and further afield. Both heavily involved in events and organising his own supporting local businesses.

An award-winning digital marketing agency with award winning staff – has a ring to it!

Which brings us on to another announcement!

Following suit from the above, Harvey is also up for an award! He’s up for ‘Apprentice of the Year’ at the SME National Business Awards too! 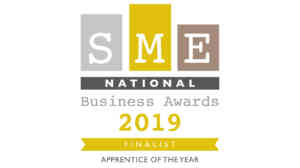 Clearly he has been judged to warrant the accolade and we’re very much supporting him for this award. He has a 100% attendance record in the first year he has been with us which deserves its own plaudits. He’s also excelled at every task we have set him. As employers, we’re really pleased with his progress, dedication and enthusiasm.

He’s very much a third member of the team, as opposed to someone handy to have about, making drinks and posting letters. We’ve hopefully done enough as employers to make him want to continue as a full time, fully fledged team member with – a step up from his current role as apprentice. We’ll be rooting for him at the awards ceremony in December – a great Christmas present and accolade to have to start his full time, permanent position!

Well done Harvey! As he knows first-hand, we strive to be the best at what we do here at The DM Lab. To be named Apprentice of the year is both credit to him and the business. We’ve moulded him into what we need, he has delivered and we hope this deems him worthy of picking up the award!