#EthicalHour – Be The Change Awards

#EthicalHour – Be The Change Awards

Throughout the 9 years we’ve existed, we’ve made some great friends. We’ve also been able to work with some awesome people with incredible visions. None more so than our long-time friend Sian Conway.

Sian is the founder of #EthicalHour and the Be The Change Awards.

We first worked with Sian when she worked at Titania. Since then she has moved on to pursue her own venture in #EthicalHour. Sian started #EthicalHour as a way of learning more about ethical living during her own journey and today she has the pleasure of working with inspiring changemakers. Sian is building an ethical community, facilitating positive change and maximising our collective impact around the world.

With the environment and ethically sourced fashion and produce at the forefront of people’s minds, it is something we were very aware of but had little involvement (or impact for that matter) in.

We have a passion for involving ourselves in ventures that matter not just to us, but further reaching. Sian approached us with a proposition that we were never going to turn down!

Part of Sian’s #EthicalHour venture is the ‘Be The Change’ awards which is run in conjunction with Ethical Hour itself. The Be The Change Awards are an up and coming new initiative for the social impact sector, recognising ethical and sustainable brands with a powerful impact story to tell. Around the world independent, ethical and sustainable brands are having a positive impact on communities, people and the planet. The awards want to recognise, celebrate and raise the profile of those brands who are working towards the Sustainable Development Goals and creating positive impact in inspiring and world-changing ways.

Such an event and what it stands for definitely had a huge appeal to us.

So, we are helping the awards by donating a new, standalone website to really compliment the awards. This year saw the first ever Be The Change Awards which were without a doubt a success. So we’re helping to build this by way of an awesome website to help raise the profile of the awards, further the appeal and encourage other ethical businesses to enter in the next awards. 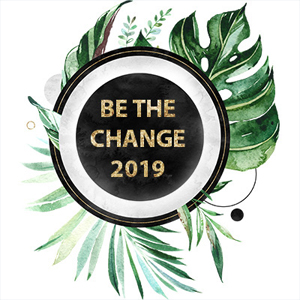 To see more about the other charity work and other work we do in the community here.