Today is MD Chris’ birthday! He is old! 😂

Seriously though, happy birthday! Chris is the driving force behind The DM Lab and our community involvement. However outside of work, Chris continues this. Tirelessly and passionately. Through our involvement helping Canwood Gallery through the business, Chris has since been invited to sit on the Board of Trustees. The gallery is run not-for-profit but donates money straight to charity. A fantastic gesture and an equally compelling story as to why. He’s always assisting where and when he can with everything he can. 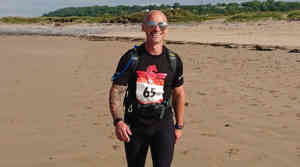 Chris’ reputation as both a local community champion and business leader grows by the day.

When he isn’t making connections, he is connecting people. We’ve grown the business by being open. If Chris knows the right person for the job, he’ll introduce them. If he feels a connection can add value to another business, he will. Sharing the love if you will. He is an avid believer than we can, together, better the county by working together.

His influence and experience has recently been taken up a notch as he has been asked to speak of events and judge at the Herefordshire Business Awards. Chris recognises great work and the great people behind it. It’s why he is the perfect choice for the role. If you’ve met Chris, you’ll know that he wants the best for you. He has a heart of gold. He’ll do whatever he is able to do. This isn’t limited to business circles either.

Outside of work, Chris runs and volunteers at Belmont Wanderers Football Club.

A club he has also helped grow to be one of the county’s biggest junior sections. He does this in addition to running a business (anyone that runs their own business knows it’s not a 9-5 job!). He also cares for his disabled father too as well as looking after his young family.

Chris works really hard, inside and outside of work. His positive attitude to any situation is a huge influence to those around him. He has recently been nominated for ‘Most Influential Business Person of the Year’ at the Midlands Business and Community Charity Awards. This is incredible for him. Considering all the things he does while running a successful small business. To be recognised for his personal efforts and the effort he puts into running and growing The DM Lab is amazing.

We’ll take this opportunity to wish him a very happy birthday – and keep doing what you’re doing – because you’re doing great.